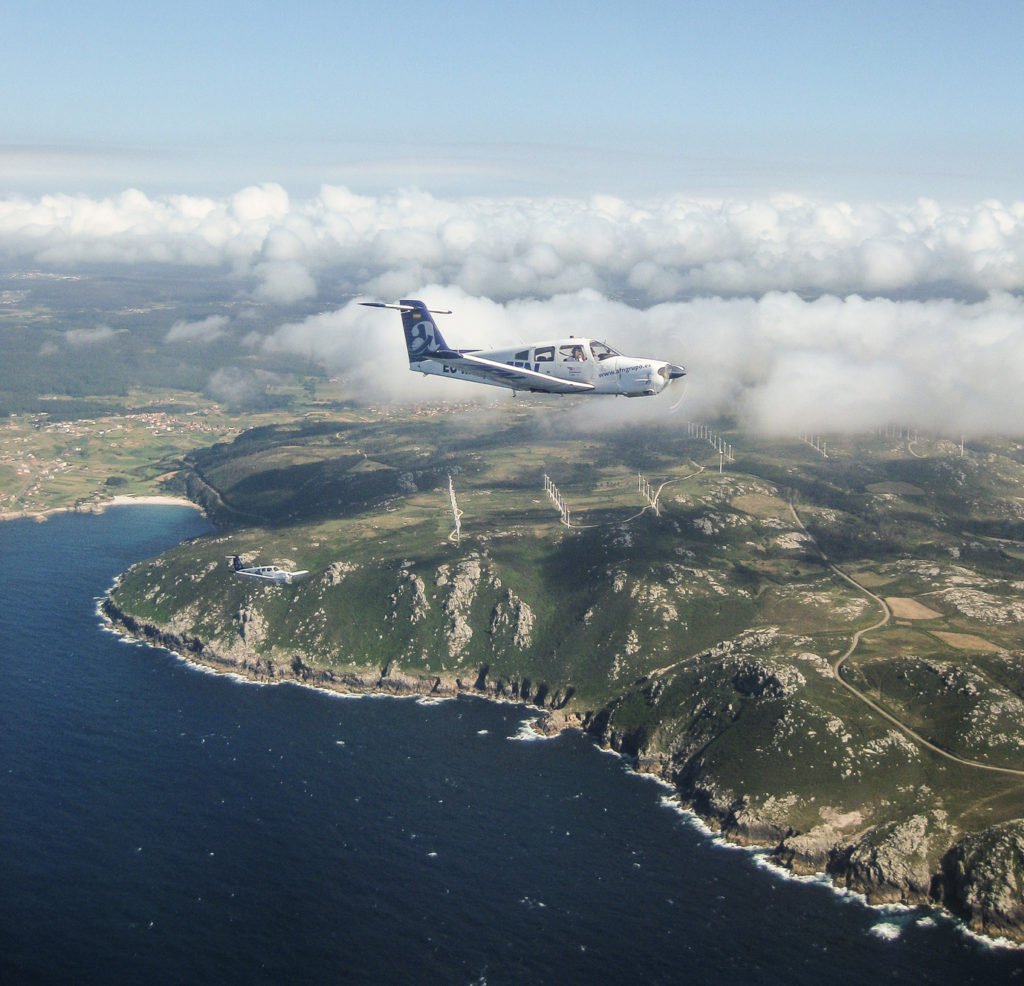 Established in 1997, the Pilot School of Galicia AFN located its first facilities at the airport of Alvedro, on the south side of the aircraft parking platform, after acquiring the hangar of the vanished aerial works company Sagasa and expanding it withclassrooms, offices, an operations and briefing room, and a flight simulator.
With everything ready, the first section of the AIRLINE PILOT TRAINING started with a fleet consisting of Cessna 150, Cessna 172, Cessna 177RG advanced and twin-engine BE 55 Baron aircraft, later expanding with units of Cessna 152 and Pipper Arrow VI, and Seminole the latter aimed at advanced training.

The expansion works of the new airport of A Coruña and the convening power meant that in 2008 AFN temporarily transferred to Cambre the theoretical part of the training,establish the classrooms and offices of the school there while they were being built,  in the northern part of the platform the new hangar, the facilities and the new flight simulator.
Throughout all these years AFN has been expanding and strengthening its areas of action, being the WORK OF AERIAL PHOTOGRAPHY and OBSERVATION AND PATROLING the two fields with which the airline has expanded its horizons.
Thanks to their interest and know-how, from the aircraft of AFN have been captured impressive images such as the sinking of the Prestige, the fires of the forges of Eume and of Mount Louro or the first operation of the outer port of A Coruña, the transfer of a aircraft carrier built in Navantia.
And all this without neglecting his formative work. Active member of the Spanish Association of Aeronautical Training (AEFA) and of the International Association of Pilot Schools (IAAPS), AFN has already passed, apart from private and sporting pilots, 27 promotions of airline transport pilots,thus approaching the possibility of training many Galicians who until the constitution of AFN had to resort to foreign centers and also contributing to that many Galicians trained in their facilities have gone on to integrate the templates of many of the most important airlines in the world as commanders and as co-pilots.

The seriousness and professionalism with which AFN deals with the training of professionals in the field of aviation made it, on May 14, 2013, the first Spanish airline pilot school (FTO) accredited as Approved Training Organization (ATO), complying with the new European regulations regarding pilot training (Air Crew), which entered into force on April 8, 2013, and becoming a benchmark in the sector.

During these 20 years, Afn has trained professional airline pilots who today remain active flying around the world in airlines in Europe, America, Asia and Africa.

For the AFN team, it has been and is more than an achievement, an objective reach each time one of its students be enough the dream of flying and occupying its rightful place within an Airline.